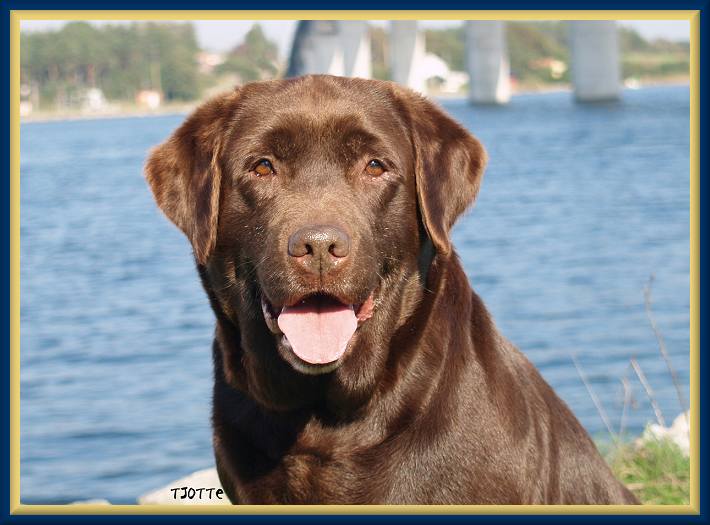 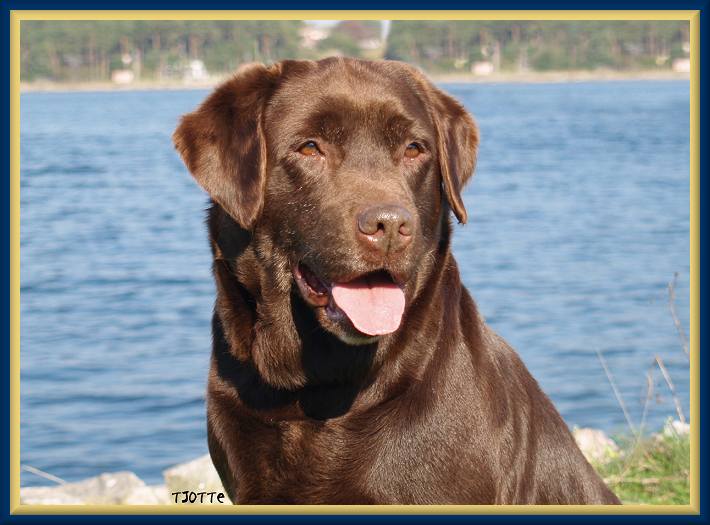 "Eve" is celebrating her 10th birthday this year.
She is still going strong, very alert and excited whenever someting new is rising.
She is the best grandma ever, looking after the youngsters !
A wonderful girl who gives us so much back ! 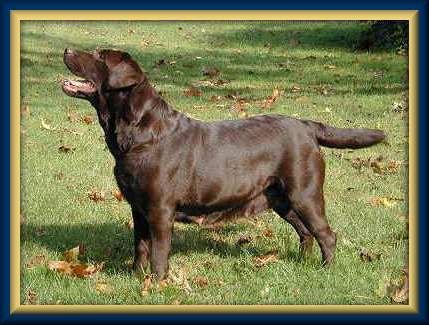 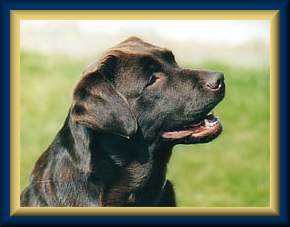 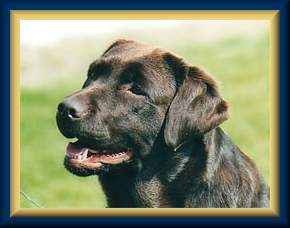 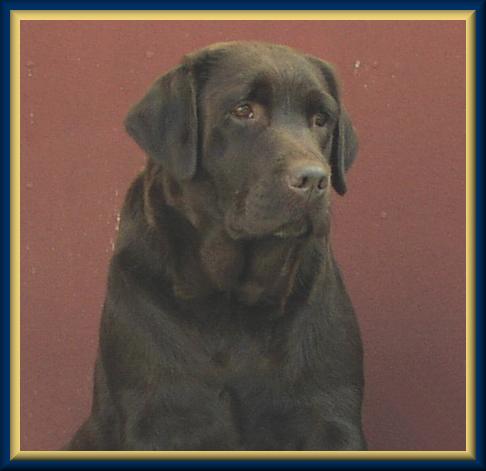 Our first chocolate labrador! "Eve" comes from Mrs. Jennie Green,
kennel Thurbajen, England.
She has won CC and BOB In England
and started to win CC , Cacib and BOS In Mai 2001 in Sweden.
"Eve" I a true labrador throughout. She´s kind to everyone and lots of will to please and a pleasure to own.

At SKKs show In Växjö 3 November 2001 Eve got her last ticket
and Res-CACIB under Dan Eriksson.